Sims players who had The Sims 4 Get Together game pack and were also installing the Vampires pack were encountering an issue. They were losing their club points and perks. The problem was fixed thanks to the Game Patch released on February 2nd.

❗ The February 2nd Game Patch has corrected this issue.

If you own The Sims 4 Get Together and have (or are going to) install The Sims 4 Vampires Game Pack, please note that entering build mode on any lot through Manage Worlds (instead of Live mode) will result in a loss of Club Points/Perks. 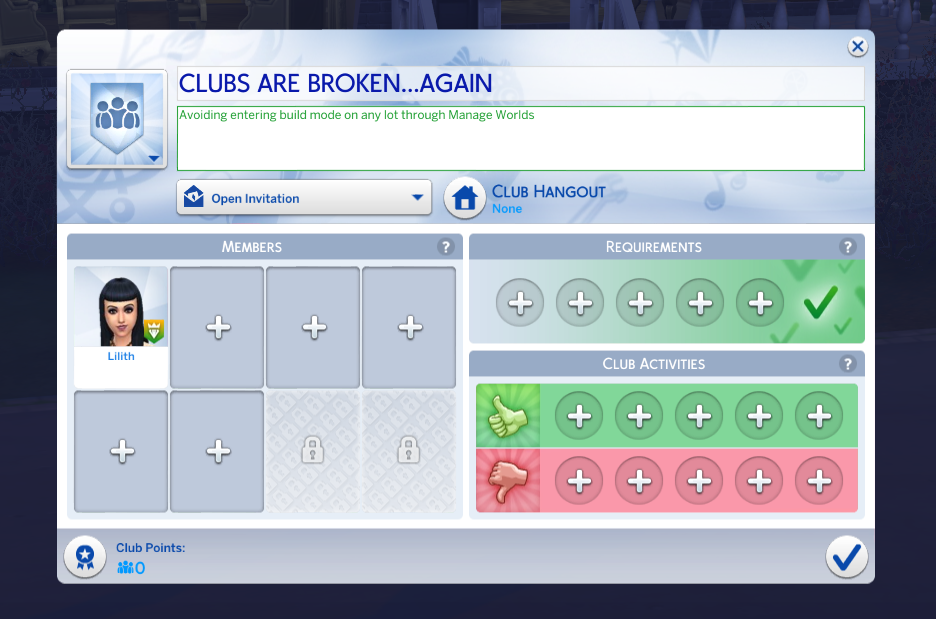 An official QA leader for The Sims has posted a temporary workaround for the issue, letting players know that they are definitely working on fixing this for the future.

We are aware of an issue that may cause players to permanently lose their club points/perks.

We are working on a fix to prevent this from occurring in the future. In the meantime, you can avoid this issue by avoiding entering build mode on any lot through Manage Worlds (instead of from Live Mode).

If you do encounter the bug, do not save. If you do save after the bug occurs, you will have to either regain the points/perks manually, or revert to an older save (that has the club points/perks saved).

This post explains how to load older versions of save slots if you need to: http://forums.thesims.com/en_US/discussion/comment/14302212#Comment_14302212

Apologies for the inconvenience.