The Biggest Baddies of Them All in The Sims 4

Sometimes it is fun being the bad guy as the villains of SimLit can attest. The question remains which one really is the evilest villain of them all? Well, this list attempts to tackle this answer for you:

Throughout The Sims history, evil characters have trolled the dusty trails of our CPU’s much to our delight. With the advent of the criminal career, mischievous traits, and downright mean characteristics, it’s these delicious devils that make our stories that much richer. And now, with vampires flapping into existence, we’ve scoured simlit to find the worst (or should we say best) villains we’ve come across. 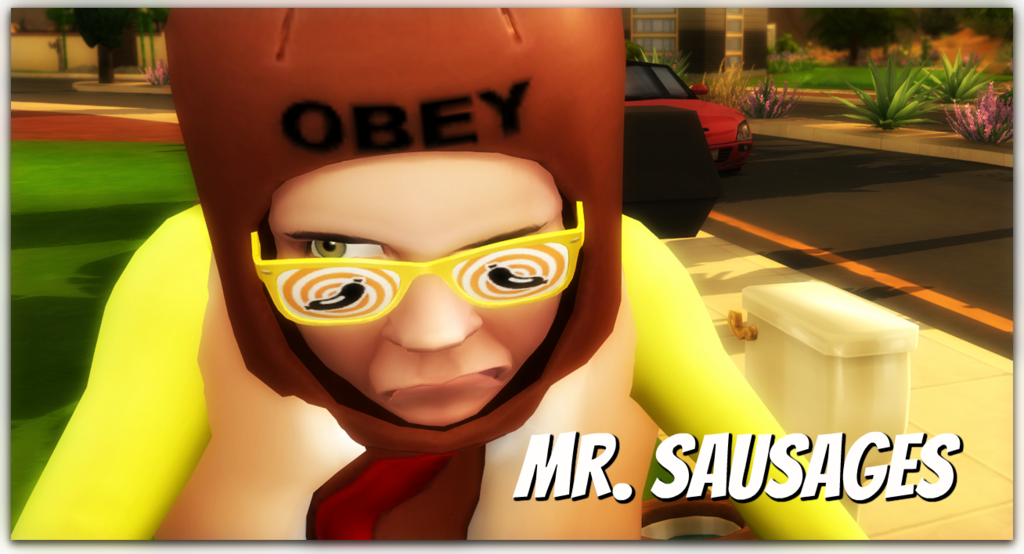 Author and web content creator, EmberDahl,  embarked on a science experiment to show how broken The Sims’ 4 emotions really were when they first arrived and in doing so, made one of the funniest fiends in simlit history.

Cecil Sausages or as he is lovingly known as to his victims, Mr. Sausages, is bent on destroying any sim that comes his way. Using fire, fenced in pools, rooms without doors, freezing ray guns, garden fences or even cars and train tracks, Mr. Sausages lulls his victims into a reckless stupor, watching their demise with glee. He’s also on a first name basis with the Grim Reaper who always has to clean up after his…ahem…activities.

As soon as the story initially started, it went viral, gaining hundreds of fans who couldn’t wait to see what Mr. Sausages was up to next in his quest to kill off sims. After only a few episodes, EmberDahl had a hit on his hands with many chapters of murdering mayhem in Mr. Sausages’ wake. It’s great, vicious fun. 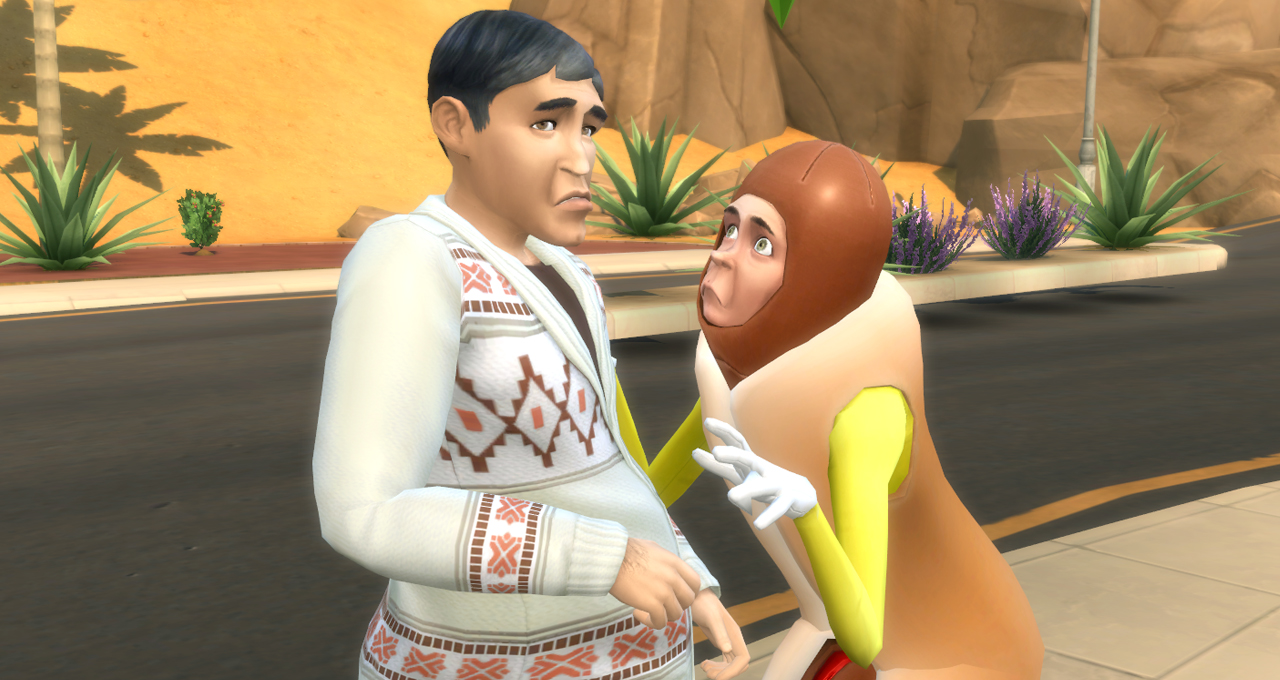 Since its first season, the author took a year long break, but thankfully, has dusted off Mr. Sausages and pulled him out of retirement for a SimsVIP EXCLUSIVE: 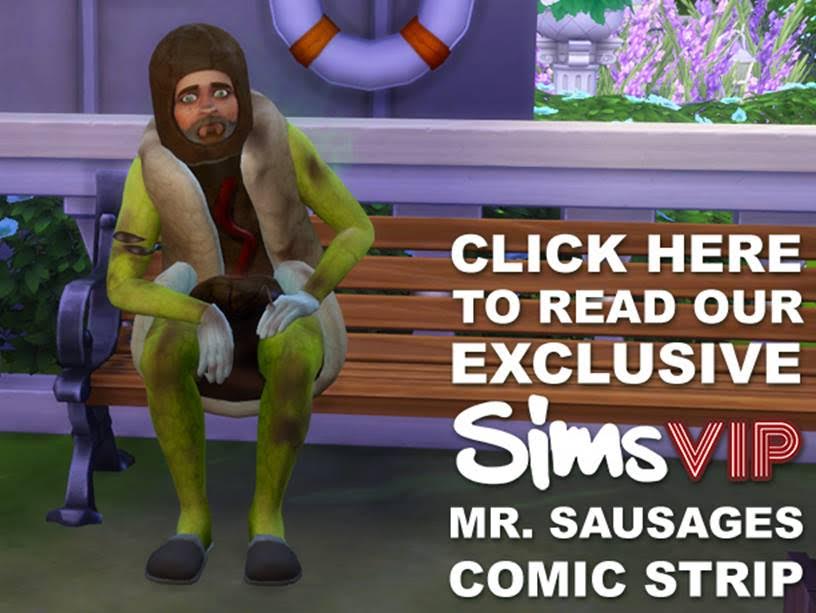 Mr. Sausages also received a guest spot in the comic ISBI (I’m Surrounded By Idiots) challenge story,  Dim Sims in the City, as an omniscient, immortal crime boss who has the ultimate duty of overseeing his bumbling idiot, minions of mayhem.

If you would like to play with this murdering master of evil, EmberDahl has lovingly provided him for us. Mr. S. shows cc (even though he’s cc free), download the zip file, unzip, and place the files in the TRAY folder in your Sims 4 game folder. It’s that easy! He will show up in your gallery ready to go. (Or go to the gallery in-game  and search EmberDahl. Hit the cc button and download from there.) 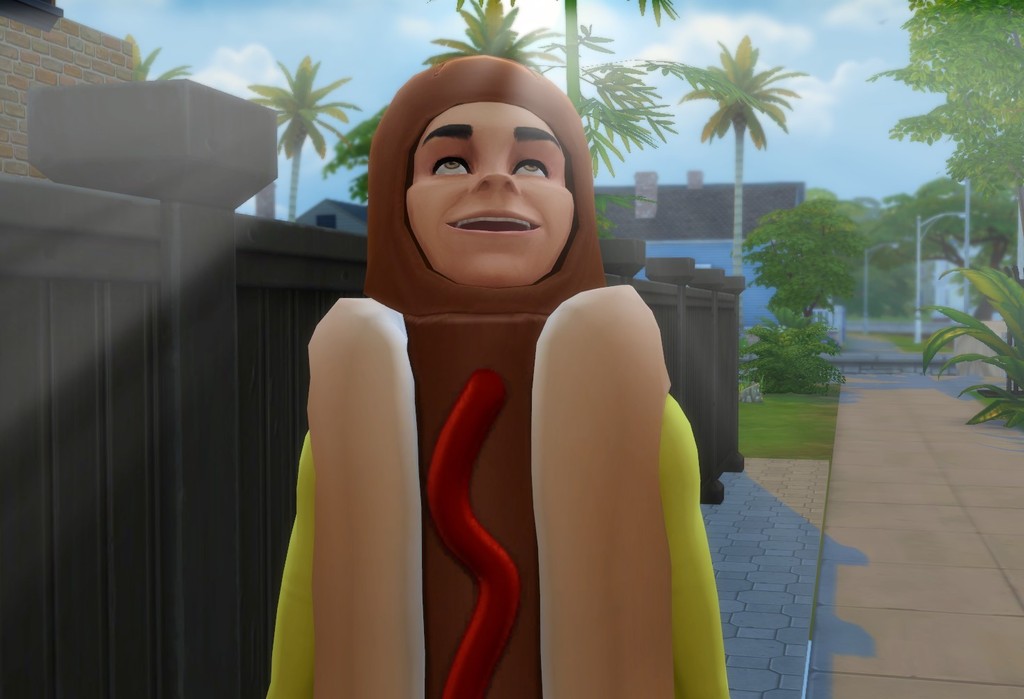 If you’d like the cast of characters, you can download them off the gallery: Fran Kerfurter, Charlene Amato, The Tenses, and Cinister & Kobain. 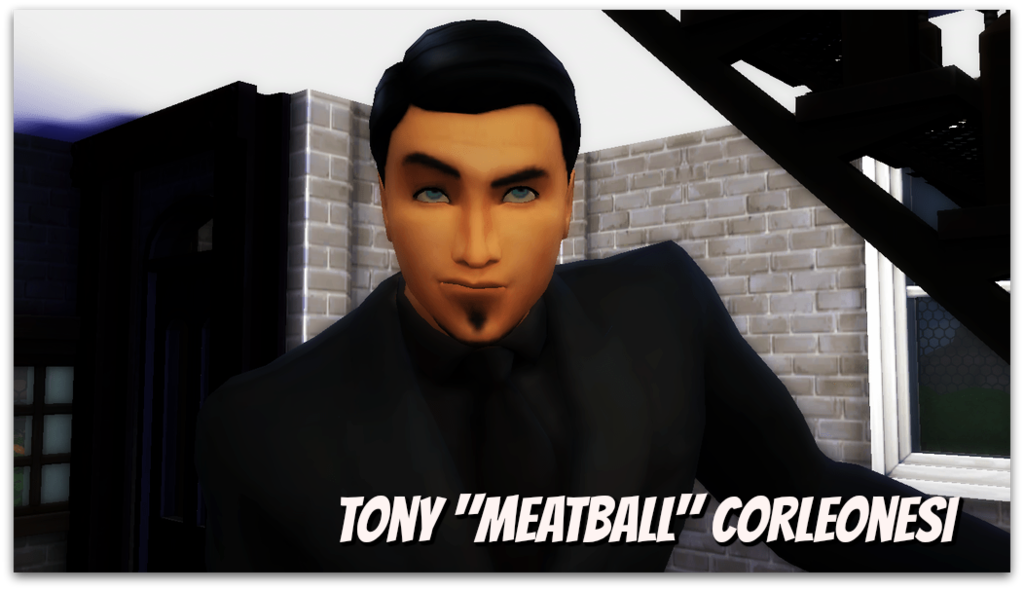 Evil genius, cunning killer, manipulating ladies man, all of these adjectives can be attributed to one of the most celebrated hunky murderers of simlit. Tony “Meatball” Corlenonesi crashed into the sims world as a mobster in Rorygilmore34’s story, Legacies of the Sims. His entrance starts in Chapter 17 where he is shown as a hired investigator/hitman–someone who does a dirty job and does it well. From there, he appears in a whole host of sims’ stories. His name may change but his character is always the same: evil. You can read all of the stories he stars in on a website dedicated to him: Tony Corleonesi, which was made by one of his biggest fans, simlit author Maladi777.

If you need a gorgeous killer for your stories, you may pick him up on the gallery. He’s at the highest rank of crime boss and is all decked out to head any underground organization. 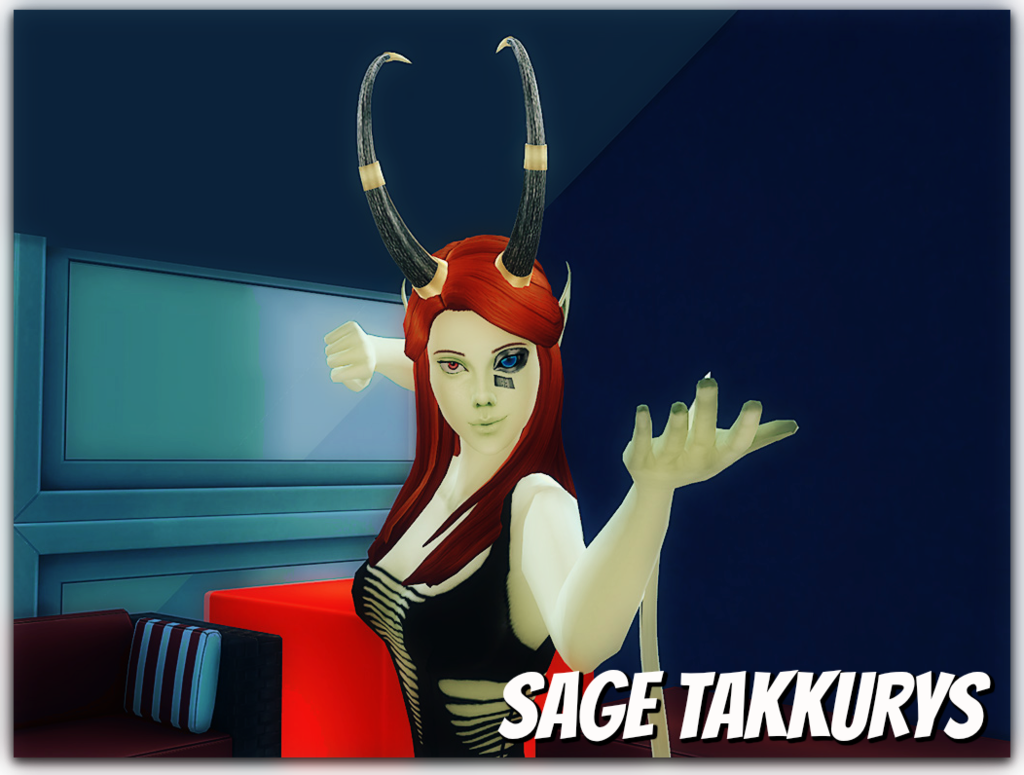 In simlit author, Munterbaconsims‘ action packed sci fi thriller, IRONBOUND, Sage Takkurys is a sexy assassin whose techno-augmented body gives her deadly advantages over the average Xaabotan. She is of the San’Dreki Race who pride themselves in turning their bodies into machines. Their tails have an ability to transform into deadly javelins, first hypnotising their victims then impaling them. A handy thing for a hired killer.

If you’d like to read Sage’s drama-filled origin story, Munterbacon has provided us with that here: SAGE ORIGINS

And who wouldn’t want this beautiful sim in their world? Especially if you have some dastardly sims who are in desperate need of…ahem…disposal? Since she is full of cc, just download the link below then put the unzipped file in your sims Tray folder. And voila! She will be waiting for you whenever the need arises. 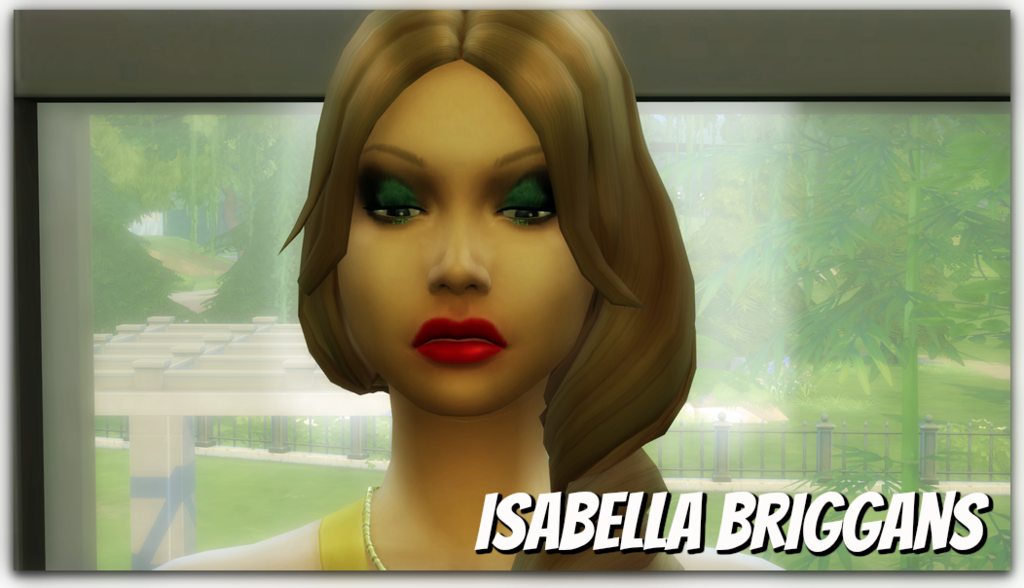 From the Youtube Let’s Play story, CURSED BEAUTY by Virtualee, dark hearted, wicked brat, Isabella Briganns, is bent on destroying her unwanted little sister, Kaliani. From when she was very young, Isabella spoke an evil spell over Kali, transforming the poor girl into a pitiful, ugly wretch, ultimately, spoiling her life. Or does she? What Isabella doesn’t understand is what she can’t destroy–the pure heart that Kali is born with. 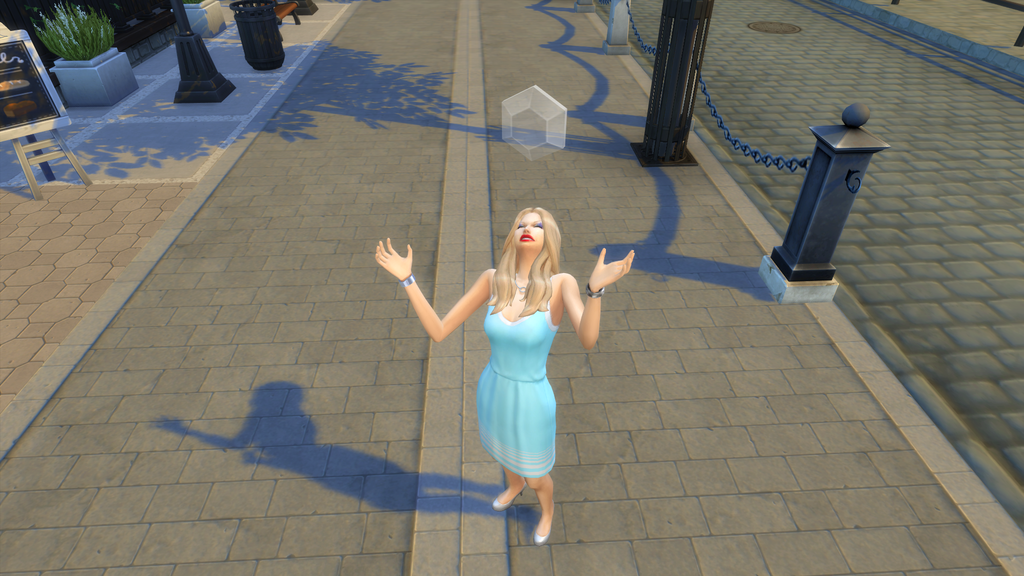 Throughout the course of this mysterious story, you will be on the edge of your seat watching Isabella’s treacherous antics. And it’s all told by the author with a fun let’s play at the end of each chapter.

Do you need an evil stepsister, beautiful Amazon queen, or wicked stepmother for your playtime? Look no further. Isabella will fill all those rolls with a sultry pout. 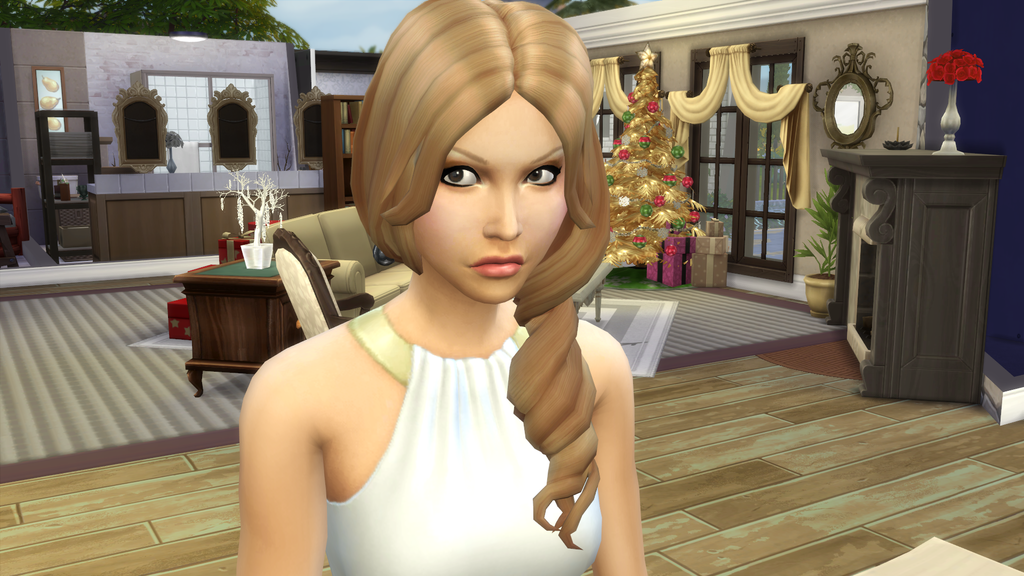 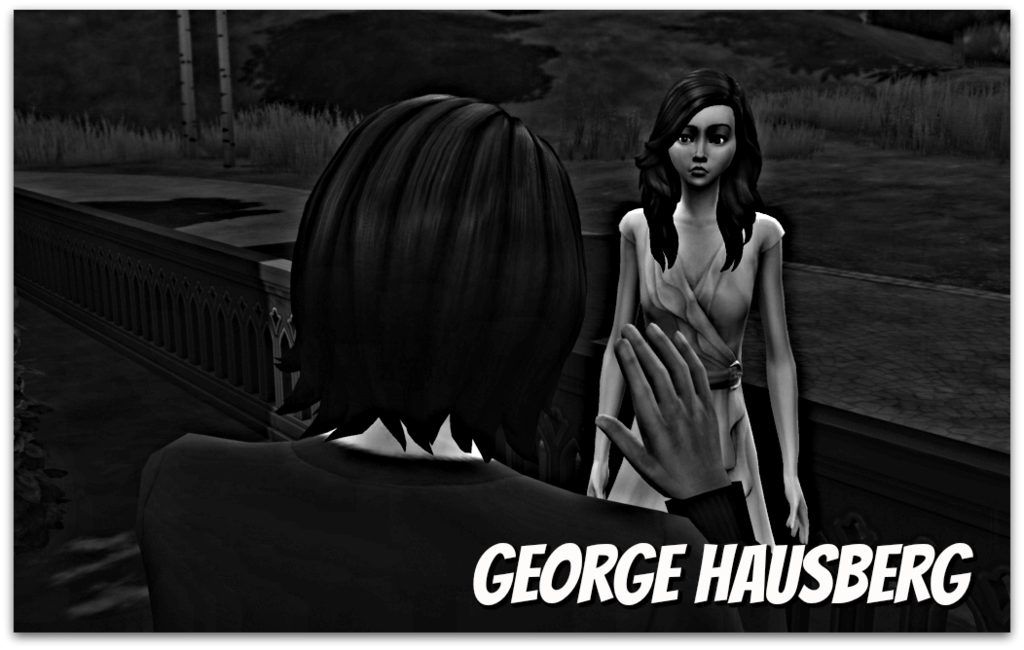 This sadistic murderer will make your blood run cold. A creepy stalker, George Hausberg slithers center-stage in the haunting story, ANGEL IN THE DARKNESS by simlit author and artist, Marialein. 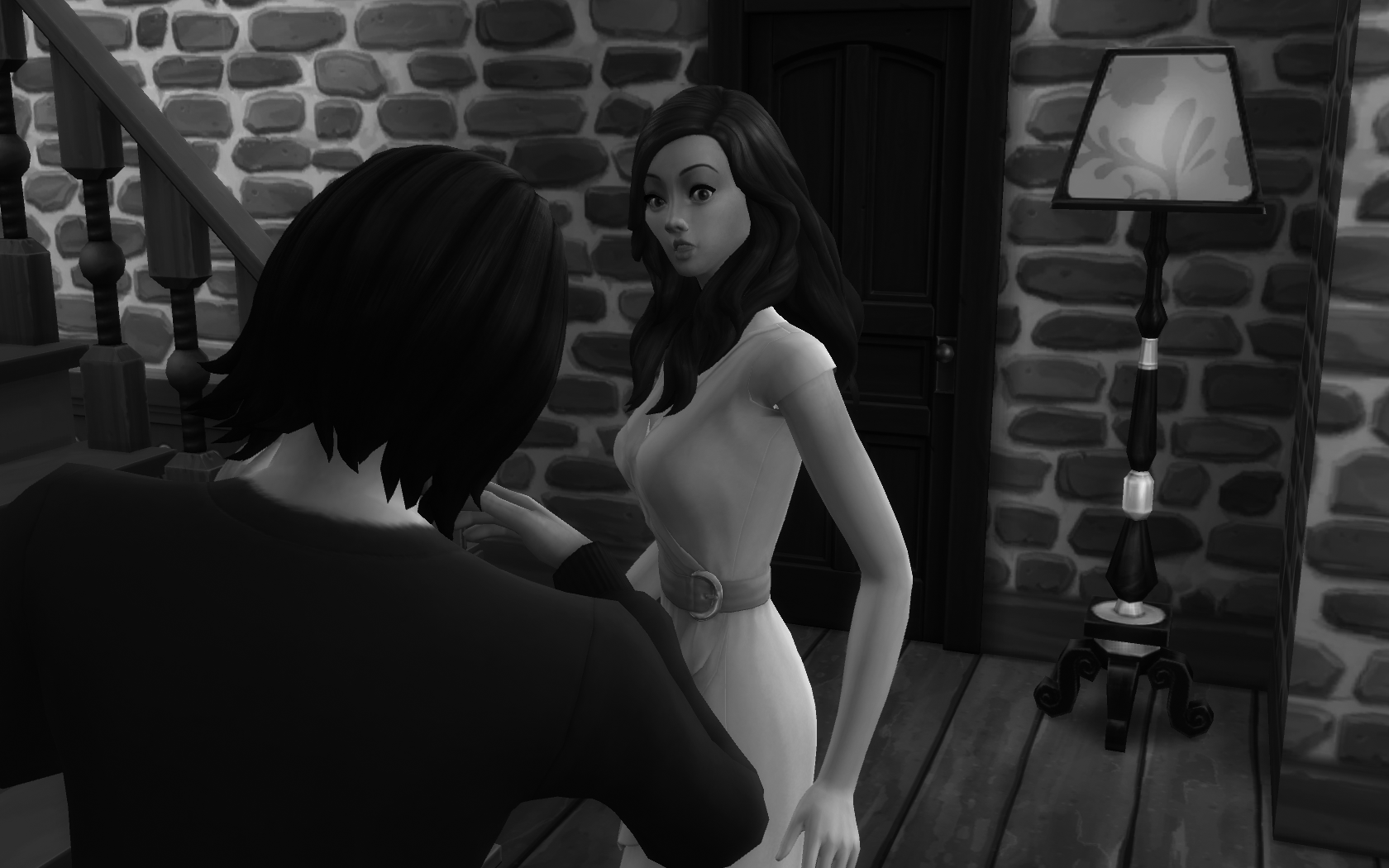 Eerie and mysterious, this story follows the main character, Angel and her tragic beginning. George is obsessed with her beauty and when things don’t go his way…well, poor Angel is killed, becoming a ghost. Fast forward four years and there is a new girl who is living in Angel’s mansion. A chilling mystery starts, surrounding the people she meets. Will she find her true love or …George? 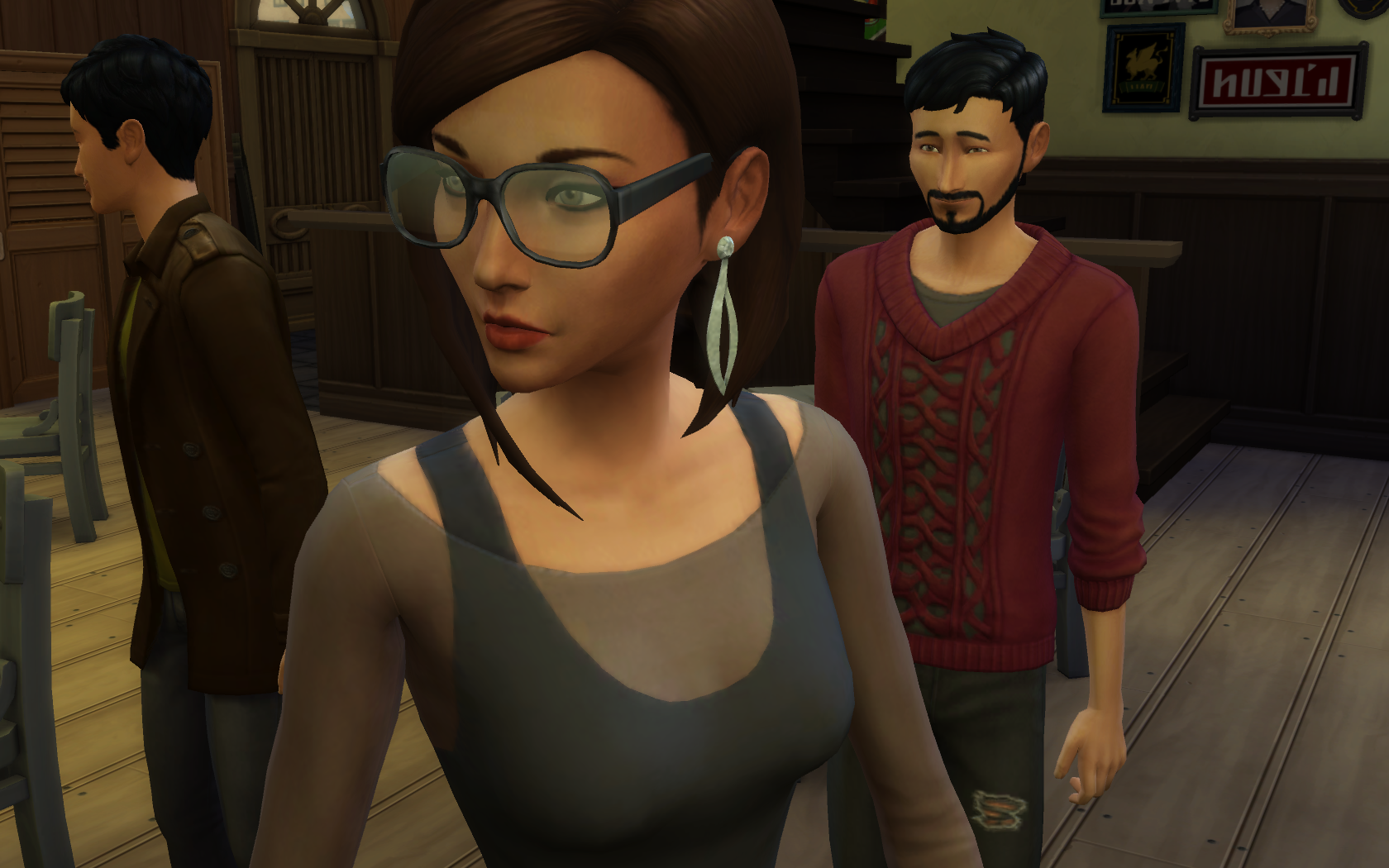 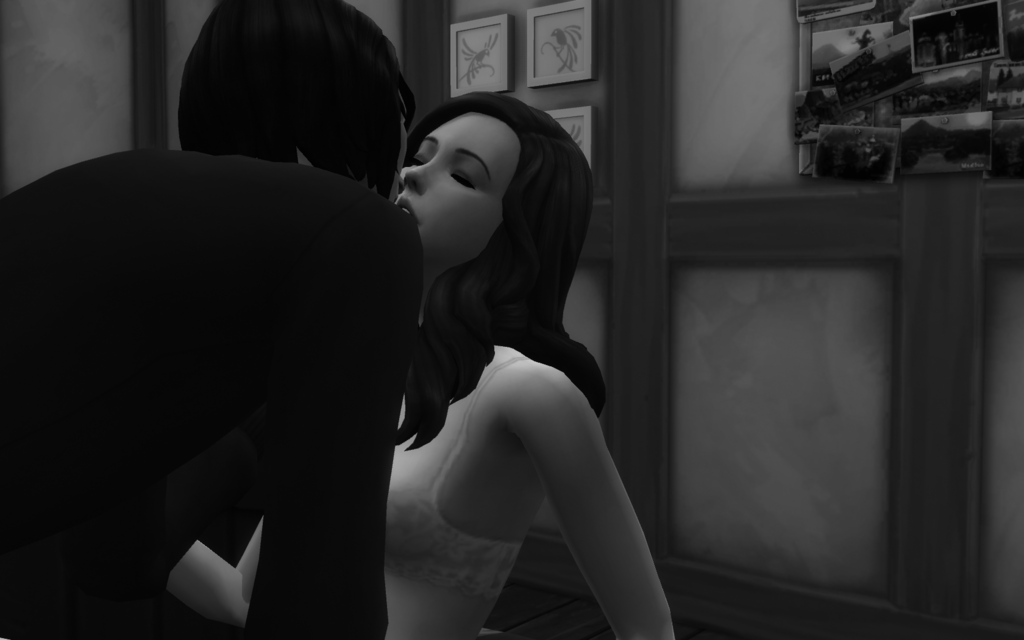 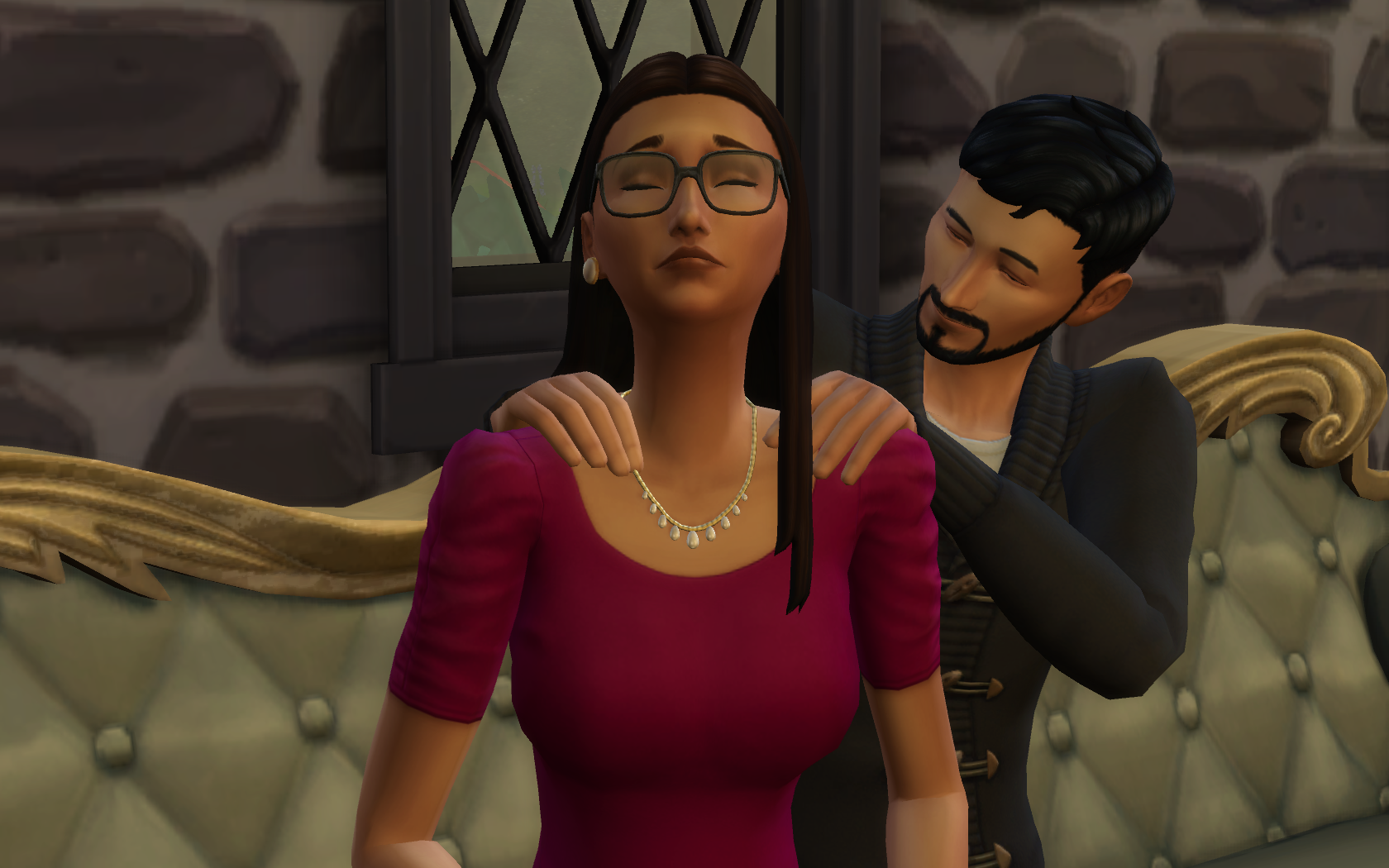